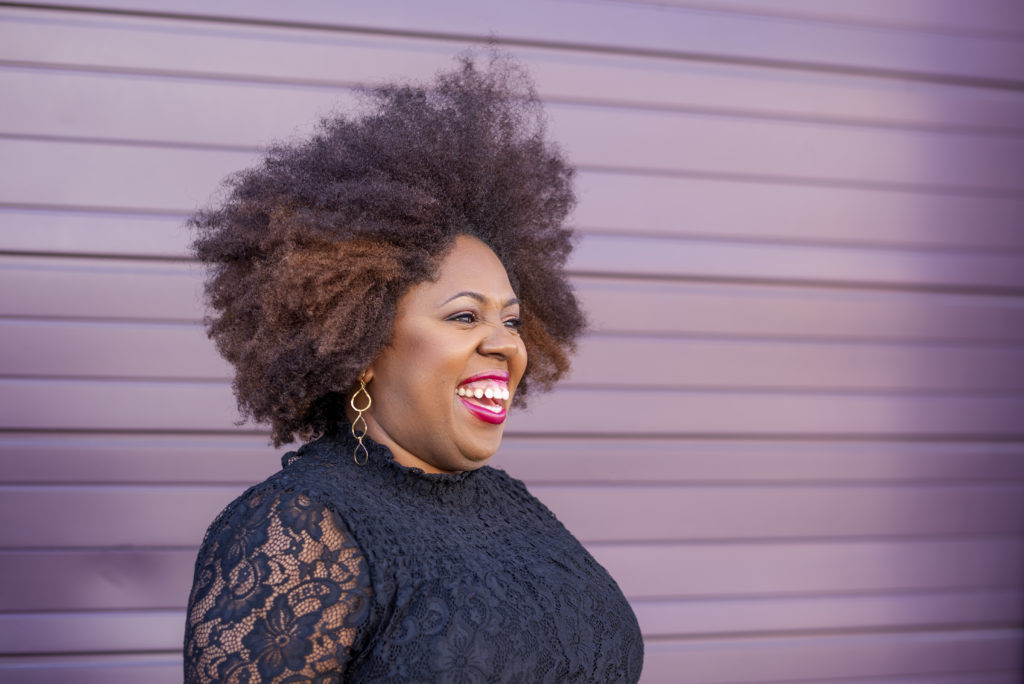 Tomeka M. Winborne is a writer/director that passionately loves to create stories that will invoke conversations. “My mission as an African American female filmmaker is to bring stories to the screen that embody the experiences and voices of people of color that are devoid in television and film,” says Tomeka.

In 2005, Tomeka published her first novel, “Where My Strength Comes From.” She later desired to see that novel on the screen. Initially, she planned to go to film school but it was too expensive. So she started volunteering on other people’s film projects. In 2009, she wrote, directed her first short film, “PASS ME BY.” A few years, later she wrote, directed and produced her second short, “TOO LATE.” From there she continued to write, produce and direct other short films.

As a filmmaker, Tomeka centers many of her stories around social issues. Her most recent short film that is in post production is entitled, “WE’RE LEFT BEHIND.” With this film she hopes to inspire people to think about the children who are left behind when their parents are deported. The movie doesn’t give solutions but she hopes it will bring about empathy to this tragic situation.

She’s also created a short film, “AGED OUT” that has been officially selected into the “CineOdyssey Film Festival” and the “BronzeLens Film Festival.” She is currently adapting into her first feature film. AGED OUT brings awareness to youth aging out of the foster care system. Tomeka has also created movies about HIV and sex trafficking. Tomeka has plans of writing and directing movies with light-hearted subjects as well. Recently, the Newport News Department of Human Services screened “AGED OUT” to a group of over 100 people along with a panel discussion as a educational event.

Recently, Tomeka started a podcast, “TEA TALKS WITH TOMEKA.” “A podcast about women filmmakers, their journeys and their projects,” says Tomeka. Additionally, Tomeka is the host and interview for Jaro Podcast.

She enjoys using various mediums to tell stories. In addition to making movies and podcasts, she’s also produced television segments, commercials,  wrote a couple of novels, worked as a field reporter and has been commissioned to produce documentaries.

Tomeka is a founding member and on the leadership committee of the ALLIANCE OF WOMEN DIRECTORS – Atlanta Branch . Previously, Tomeka served as board member on the Hampton Roads Chapter of the  Virginia Production Alliance board in 2015. She has volunteered as a film reviewer for SOUTHERN ARTS and THE MID-ATLANTIC FILM FESTIVAL.

In 2014, Winborne developed LAVENDER REEL MEDIA GROUP, a production and media services company producing commercials, documentaries and other film projects. Tomeka was commissioned to co-produce a documentary entitled, “IN PLAIN SIGHT: HUMAN TRAFFICKING,” for Cox Creative which aired on Cox Channel 11 and its affiliate stations. She has also served as a field reporter for Cox Communications.

Tomeka is thankful for the ability to combine her creative passion with her entrepreneurial spirit and believes wholeheartedly that her gifts make room for her.